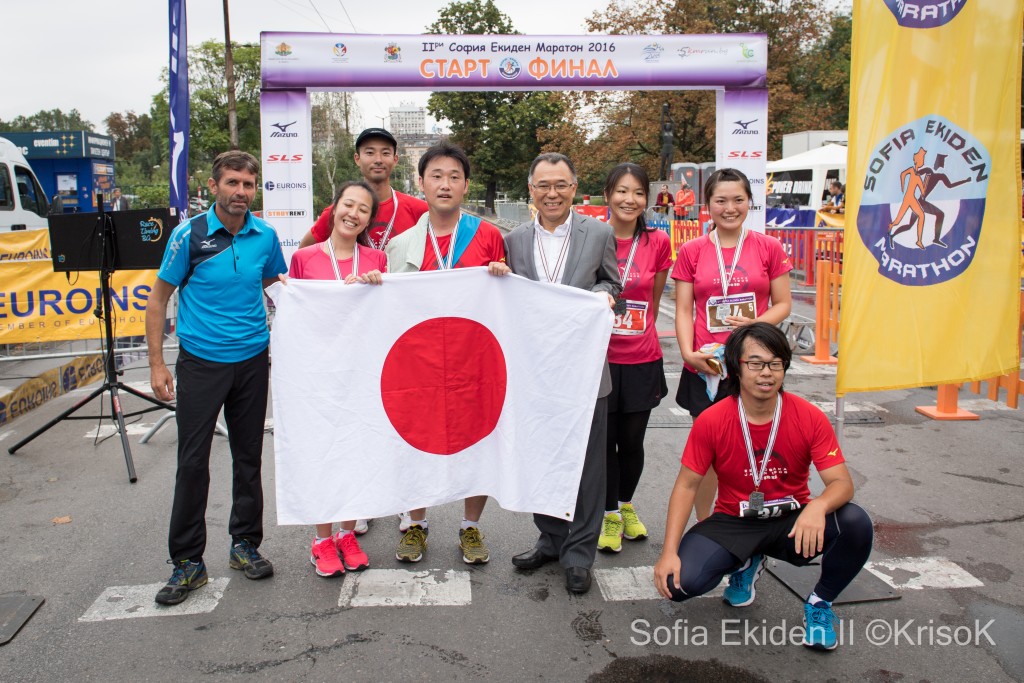 The term originates from Japan, although the concept of long distance relay is unique to each country. The first Ekiden competition was sponsored and organized by Yomiuri Shimbun (One of five national Japanese newspapers, published to date by the largest media conglomerate in the world, the Yomiuri Group. The newspaper has the largest circulation in the world, with two issues per day – one in the morning and one in the evening. Its circulation is between 10 and 13 million.) in 1917, and held over three days between the old Japanese capital of Kyoto and the modern capital of Tokyo, with a total distance of 508 km. The occasion was the anniversary of the relocation of the Japanese capital to Tokyo. As written in Japanese – “Ekiden” is a combination of the words "station" (駅) and "transmit" (伝). This name was coined by the poet Toki Zenmaro (1885-1980), who at the time was head of Yomiuri Shimbun’s Social Affairs Department. Originally, the race was intended to take place along the old Japanese road of Tōkaidō. (Tōkaidō is one of the 5 most important routes from the Edo period in Japan, linking the current capital of Tokyo with the ancient Kyoto along the eastern seaside. The standard method of travel through it was by foot, as wheel cart were almost non-existent back then and heavy loads were usually shipped by water. Upper-class members would travel the distance by using a Kago (a covered basket made of bamboo sticks, carried by 4 men, which was used for human transport). The original version of the Tōkaidō Road between Tokyo and the old capital of Kyoto consisted of 53 stations, equipped with access gates and food and lodging buildings. There were also many border crossing points along the route, where tourists were required to present ID documentation or transit permits. Over the years, the length of the Ekiden Relay has varied in terms of both length and number of participants. The longest relay race in the world was celebrated in Japan. This was the Round-Kyūshū Ekiden, which resembled a tour of the Kyushu Island. In 10 days, competitors had to run a total of 1064 km across 72 points. The essence of the competition was for each team runner to run the distance from one "station" to the next, transferring a sash of cloth worn on the shoulders (tasuki), to the next stage (leg). The Ekiden Marathon is for everybody who wants to run a marathon distance of 42.195 km by forming a team of 6 participants, who need to cover different legs. Since 2006, the following Relay Marathon distance standard has been adopted: 5 km, 10 km, 5 km, 10 km, 5 km and 7.195 km.

Time left until the 5th edition of the Sofia Ekiden Marathon:

The countdown has already ended!