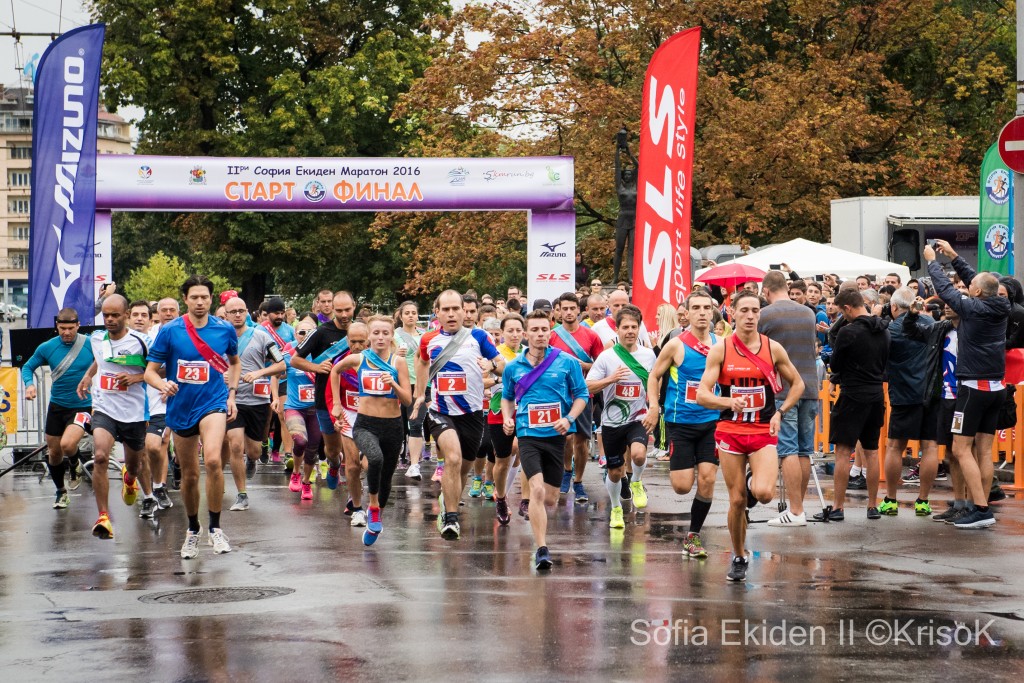 “EKIDEN” History The term originates from Japan, although the concept of long distance relay is unique to each country.   The first Ekiden competition was sponsored and organized by Yomiuri Shimbun (One of five national Japanese newspapers, published to date by the largest media conglomerate in the world, the Yomiuri Group. The newspaper has the largest circulation in the world, with two issues per day – one in the morning and one in the evening. Its circulation is between 10 and 13 million.) in 1917, and held over three days between the old Japanese capital of Kyoto and the modern capital of Tokyo, with a total distance of 508 km.   The occasion was the anniversary of the relocation of the Japanese capital to Tokyo. As written in Japanese – “Ekiden” is a combination of the words "station" (駅) and "transmit" (伝). This name was coined by the poet Toki Zenmaro (1885-1980), who at the time was head of Yomiuri Shimbun’s Social Affairs Department. Originally, the race was intended to take place along the old Japanese road of Tokdaydo. See more

Time left until the 8th edition of the Sofia Ekiden Marathon: